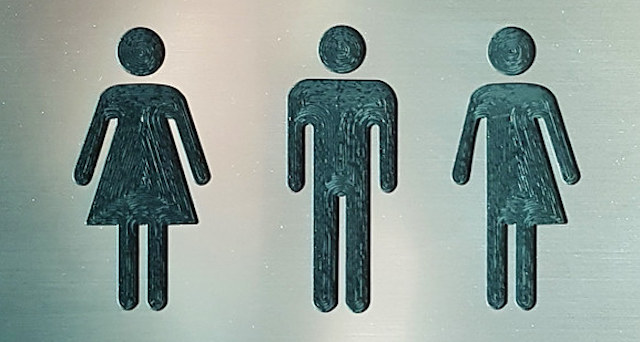 New semesters bring new experiences. As my peers and I gear up for a Spring Term plagued with COVID-19 restrictions, I try to remain optimistic. But as I focus on the fantastic professors and interesting material Yale offers (even when online), I cannot help but dread the first days of discussion sections. Aside from the awkward introductions and fun facts that we immediately forget, the inevitable and ubiquitous requests for me to reveal my “preferred pronouns” are irksome, to say the least.

Make no mistake, if someone wishes to provide their “preferred pronouns” or a name different from that on their birth certificate, all the more power to them. I’m perfectly content to abide by the preferences of my classmates out of respect. That said, I don’t believe a lick of contemporary gender theory, or whatever the social scientists up high are calling it these days.

My religious, philosophical, linguistic, and scientific beliefs, along with my lived experience, lead me to reject the idea that anyone can be born in the wrong body or that someone can choose their gender. Furthermore, I worry that the constant affirmation of transgender people’s chosen identity will inevitably result in a greater acceptance of “gender-affirming care” –– something I consider a great evil. Many members of my family have worked in the fertility sector. My parents have seen the despair in the faces of those who learn they cannot have children. It’s a devastating diagnosis –– I would never wish that kind of disability upon anyone. The Mayo Clinic has determined that both masculinizing and feminizing hormone replacement therapy run high risks of causing infertility, not to mention blood clotting and other life-threatening medical conditions. Staff from a variety of academic institutions, from the University of Utah to the Oregon Health & Science University to even our very own Yale Medical School also acknowledge these fertility risks. Genital removal (obviously) runs similar if not greater risks. We can debate the merits of neutering people for theoretical mental health benefits, but the point is that I fundamentally reject “gender-affirming care.”

I am in no way obligated to say my pronouns –– in fact I should not, if I am to remain true to myself. At the same time, we should not intentionally “misgender” our peers. For one, offending someone is simply unpersuasive. But, more importantly, we should generally respect all of our peers. By the same token, some ideas do not deserve respect. The growing popularity of “neopronouns” exemplifies this. No, no longer are “he,” “she,” and “they” enough. I have met people who now ask to be referred to as “it.” “It,” as though they are objects. It’s dehumanizing, and I will do no such thing. Other absurdities such as “zhe,” “xe,” and “ey” are also in vogue. Then there are the “otherkin,” people who identify as animals (even fictional ones –– like dragons). At what point do we say enough? To seriously refer to someone as an object or some creature is an affront to his or her dignity.

I am willing and able to express these beliefs in private conversations or even in a respectful debate. But the opening days of a seminar are not the place for this. It is insufferably awkward when a Teaching Fellow, Lecturer, or Professor notices that I neglected to “give” my pronouns and feels the need to ask me specifically to provide them. When I refuse, it is as though I made a political statement. It does not matter if controversy is not my intention, that I solely wish to live up to my own beliefs. It essentially “outs” me as a conservative. Some can tolerate this, but, on a campus as charged as Yale’s, I can understand why many of my like-minded peers find it easier to swallow their integrity.

Saying one’s pronouns, in a vacuum, is harmless. But the reason why discussion leaders request them in the first place is to make transgender people feel more comfortable expressing themselves “authentically.” But, as I have said before, many Yalies’ religious and other deeply-held beliefs lead them to disagree with this notion entirely. In the spirit of fair treatment for all students, it is wrong for the University or its staff to privilege the heartfelt beliefs of one student over the other. This does not mean that students should be stopped from putting their preferred pronouns in their Zoom names or from volunteering the information during introductions. The problem arises when the person grading a given student’s assignments appears to be privileging one ideological perspective over another. It understandably gives cause for concern, regardless of whether or not said concern is grounded, leading to the loathsome problem of self-censorship. Numerous people have privately admitted to me that they only advertise their pronouns out of paranoia. It’s approaching compelled speech.

The solution here is simple. Yale should institute policies preventing seminar and discussion leaders from requesting the pronouns of students publicly. If a student wants to be referred to in a specific way, that is their prerogative. Moreover, while I believe other students should generally respect their peers’ wishes, there is strength in numbers. Students that reject the apparent consensus of those steeped in queer studies should avoid providing their pronouns.

Do not cave into the pressure to place your pronouns on your social media handles. And, to all readers, feel free to assume my gender. This was once universally considered a perfectly normal aspect of human interaction.

Aron Ravin (2024) is the Editor-in-Chief of The Beacon and is majoring in History. Contact him at aron.ravin@yale.edu

The Beacon is the student blog of the William F. Buckley, Jr. Program at Yale.