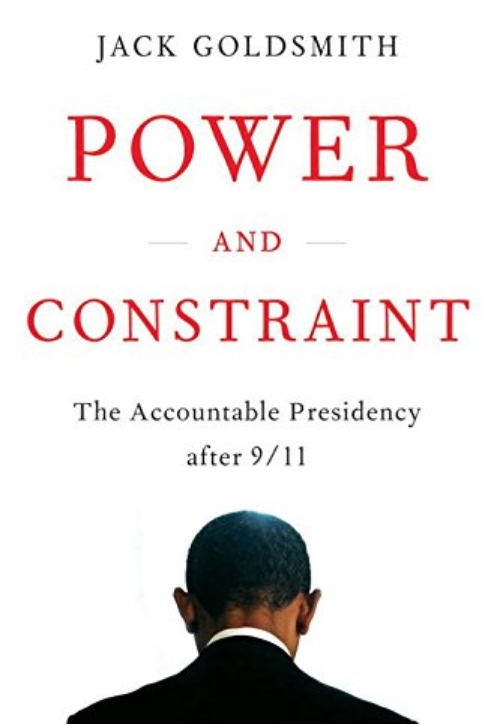 On Monday, April 9th, Jack Goldsmith, the Henry L Shattuck Professor of Law at Harvard University, joined the Buckley program for a dinner seminar. There he discussed his most recent book, Power and Constraint: The Accountable President After 9/11, and how the growth the executive branch is more important to pay attention to than ever.

At the time of our meeting, questions still hung in the air over what President Trump would do in response to the alleged chemical attack in Syria. Mark Zuckerberg was preparing to testify to Congress about the huge data breach associated with Cambridge Analytica. Questions about whether Trump could or would fire Robert Mueller were being lobbed at Press Secretary Sarah Huckabee Sanders on a daily basis. The state of the union certainly gave Professor Goldsmith a lot to talk about.

On the topic of Syria, Professor Goldsmith started dinner by polling the room to see how people felt about air strikes. He then set forth his argument for why we should not act as such, citing historical precedents for the use of the war power by the president and how military action not backed up by action in Congress can be dangerous. Goldsmith also argues that it isn’t a conservative position to take in Syria, as war inevitably leads to bigger government which is antithetical to conservative goals.

On the topic of Mark Zuckerberg and Cambridge Analytica, Professor Goldsmith chided people for not being aware of what social media was already doing with their data, long before Cambridge Analytica came along. But, he admits, especially in the United States we use it for free and reap the benefits with little care to what happens to our data. Nonetheless, he does see reform coming from the Cambridge Analytica scandal and Zuckerberg congressional testimony, possibly in the form of regulation that has been seen in Europe in relation to privacy and data protection, though Congress would find it hard to get involved with the censorship questions and questions of content because of the First Amendment.
At dinner with several Buckley fellows, Goldsmith was excited to answer their plentiful questions, which ranged from follow-up questions about what we can do in Syria (Goldsmith admits there is no clear solution) and how the revival of a national draft might be the only thing that would make citizens care about what their military is doing.

The Buckley Program was pleased to welcome Professor Goldsmith to Yale and delighted to have our fellows show out in force for what amounted to a great conversation about not only the state of politics but how the history of presidential power and restraint can help us better understand an often confusing administration.

Aryssa Damron is a senior in Saybrook College.

The Beacon is the student blog of the William F. Buckley, Jr. Program at Yale.