On November 30, 2018, the Buckley Program hosted host a lunch and discussion on the legendary Soviet dissident and Nobel Prize winner Aleksandr Solzhenitsyn. To celebrate the 100th anniversary of his birth this year, this event offered a discussion on his life and work. The program featured Daniel J. Mahoney and Jay Nordlinger. Mr. Nordlinger is a Senior Editor at National Review and a Fellow of the National Review Institute, and he has written frequently for National Review on the subject of Solzhenitsyn. Mr. Mahoney is a Professor of Politics at Assumption College. He is associate editor of Perspectives on Political Science, book review editor for Society magazine, and the author of the critically acclaimed Aleksandr Solzhenitsyn: The Ascent from Ideology.

Aleksandr Solzhenitsyn is one of the twentieth century’s most celebrated writers and is even considered to be one of its greatest individuals.

Before this event, I had never heard of him. In fact, the first time I even saw his name was via a post that popped up on my Facebook feed. It was the William F. Buckley, Jr. Program’s advertisement of a lunchtime discussion entitled “Aleksandr Solzhenitsyn at 100.” A quick google search revealed that he was an author I really shouldhave known, and I had already been to a few great Buckley events, so I signed up. Thankfully, the event did not disappoint.

END_OF_DOCUMENT_TOKEN_TO_BE_REPLACED 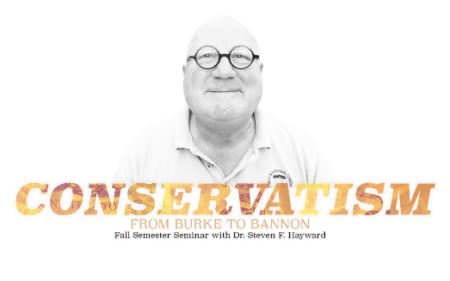 “Perhaps the best method of achieving a ‘repristination’ of modern conservatism, as Bill Buckley called it, is exactly what Dr. Hayward’s seminar set out to do: read, think, debate, and, most importantly, listen.” 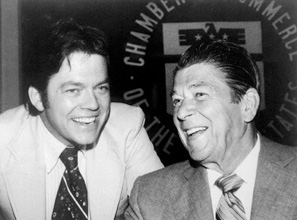 “In [Dr. Laffer’s] eyes, the United States is still the most free-trade nation in the world; however, he believes a world with no trade barriers would be most beneficial for economic prosperity.”

“…the real victory of the Tea Party movement is creating an avenue for centrist political activism for Americans who share our three founding principles: adherence to the U.S. Constitution, limited government, and lower taxes. Many Americans who share these values were standing demoralized on the sidelines because they had no one they really identified with. It is the Tea Party movement that said, ‘We know things look bleak. We know we have no political leverage right now in Washington. We know you feel kicked and downtrodden. But things are going to change, and we are going to change them.'” 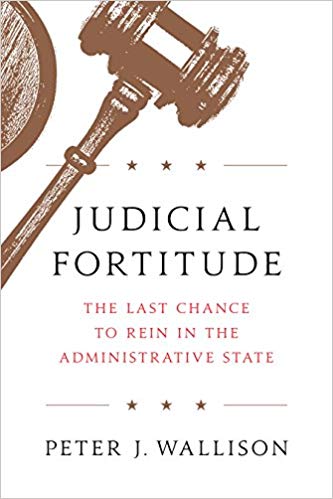 “We are going to have another serious crisis because the problems that caused the crisis of 2008 have not been solved. In fact, they haven’t even been touched. When it occurs, I can guarantee you people won’t say ‘the government should get out.’ People are going to say ‘we need more government control over the housing business,’ and that’s what will have caused the problem.”

“From the very beginning, however, it was clear that these two intellectuals refused to succumb to the lesser angels of our present politics. Though their legal positions in Heller might have been antithetical, the two began their interviews, conducted separately, expressing a nearly identical sentiment: litigation is not the solution.”

“Mr. Cass’ general view on climate change can be summarized as the following: it is happening and humans are causing it, but it is not as serious or urgent an issue as most people believe…the slight warming of the globe over a long period of time will be something humans can easily deal with, and he believes that the issue has been blown drastically out of proportion.”

“…a great conversation about not only the state of politics but how the history of presidential power and restraint can help us better understand an often confusing administration.”

“For Bush, conservatism strives to create a future by learning from the lessons of the past. ‘If there was ever need for a Bill Buckley-like approach to transforming conservatism in this country, it is right now,’ Bush noted, pointing to William F. Buckley, Jr.’s trademark brand of intellectual, no-nonsense debate. ‘When there is a breakdown of public discourse, everyone loses.'”